Apple has finally provided an alternative and filled the missing mid-range segment of desktop-oriented power users. For years, consumers were left with two choices: one being the highly expensive Mac Pro, which costs a fortune compared to the other choice the tiny Mac mini. Though they took a considerable amount of time to understand the market gap and user demand, it is commendable that they launched the latest iOS iMac.

The Mac Studio is intended primarily for creatives, developers, and professional studios and is more suited for creating Super Bowl commercials than home movies.

Depending on which version of Apple’s M1 processor you select, the price of a Mac Studio varies from $2,000 to $7,200. Starting at $4,000, Mac Studios with an M1 Ultra configuration contains 64 GB of memory and 1 TB of storage.

The base model contains a 512 GB solid-state drive, 32 GB of memory, and Apple’s M1 Max Chipset, which has been in the company’s 16-inch MacBook Pro since late 2021.

For extra 64 GB storage, we recommend buying external storage than spending $400 for upgrading with Apple SSD.

The Mac Studio can significantly speed up your workflow in comparison to an older Mac or even many modern Windows PCs if some of your days are spent waiting for projects to process or export.

Using Adobe Premiere Pro to output 4K footage, the Mac Studio completed a 500 MB, 1-minute movie in 3 minutes. When compared to PC components, the Mac Studio’s performance was comparable to that of a PC with Ryzen 5900X processor, RTX 3070 Ti graphics card, and 16 GB of RAM.

The company’s claim emphasized how much faster the new Mac Studio is than the far more expensive Mac Pro lineup.

We noticed that the Studio was as responsive as we anticipated after using it for a few days on regular basis. The latest iOS iMac studio endured all the stress tests and remained silent and cool.

The Mac Studio represents a significant performance and port selection boost for current owners of an M1-equipped Mac mini.

The Mac Studio also has an HDMI port, but it can only support displays with a resolution of 4K or below and a refresh rate of no more than 60 Hz. As a result, you must utilize USB-C to connect a fancy new monitor like the Studio Display.

Despite the Mac Studio’s apparent performance advantages, it is not a wise choice for gaming or if you intend in upgrading the components to meet your changing needs.

An iMac is a better deal if you don’t need a larger display or the extra processing power.

If you have been looking for a powerful Mac with more affordable pricing than the Mac Pro for working at a desk in a creative industry like video editing, 3D modelling, graphic design, or another resource-intensive job, the Mac Studio is the perfect fit for you.

How to add Printer iMac

Setting up a Macintosh printer could be troublesome. Depending on the printer’s features (colour or monochrome, all-in-one or standalone), the maker, the kind of connection (Wi-Fi, Bluetooth, or USB), and more, the instructions will vary.

In this article, you will get to know how to connect a printer to Mac via Wifi. Here’s the easy way:

Ensure that your printer is connected to the same wireless network as your Mac. Install the printer on a Mac after they are both connected:

It is even simpler than connecting a printer through Wi-Fi on a Mac. Typically, all you need to do is follow the on-screen directions when your Mac immediately detects the printer that is attached via a USB. However, occasionally you could encounter a difficulty.

If your Mac doesn’t recognize the printer, here are a few steps you can follow to add your printer manually:

How to add a Printer via Bluetooth

How to add a Printer via Bluetooth?

If your printer is Bluetooth-capable, you may connect it to your Mac and begin printing (just as you do with wireless headphones).

Click the Bluetooth icon in Mac > Bluetooth Preferences to pair your printer before you need to print anything. To use ToothFairy is an even simpler option. 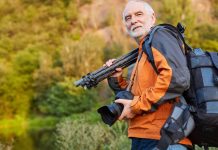 Backpack for Camera and Lenses that You can carry Effortlessly 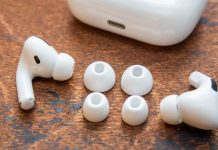 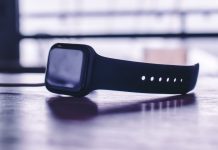 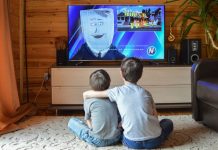 The Best Smart TV YouTube with Roku and more